Tre Sutherland (later given Cree spirit name translating to “Thunderbird Man”) was born in Timmins, Ontario, living in multiple towns across the north before landing in Leaf Rapids, Manitoba, one hour from his reservation, O-pipon-na-piwin Cree Nation. Most people stay in Leaf their whole lives, but Tre found a passion there that would set him on a journey far from his origin: the fiddle.

Tom was born and raised in Butte, Montana, a town famous for copper mining and environmental disaster. Though he loved the mountains, he felt the pull of something stronger when he picked up the guitar. He attended a yearly fiddle camp in Southeast Saskatchewan, where he crossed paths with Tre. In 2018, Tom and Tre set off together across the prairies once dominated by stampeding buffalo, past lakes and rivers of jumping fish, through forests teeming with life, and all the way playing for their beds and hot meals. Their destination was the School of Performing Arts in Charlottetown, Prince Edward Island, where they met Joey Esker.

Born in Seoul, South Korea and raised in Elkridge, Maryland, Joey had a similar call to leave his hometown, and found himself enchanted by the celtic traditional music of PEI.
Originally a drummer, he picked up the bodhran and joined Tom and Tre.

Together, they make Nomad, bringing their individual histories together
inspired by the people who once traveled these lands for their livelihood. Nomad is the music of people whose true home is wherever their tunes are welcomed. 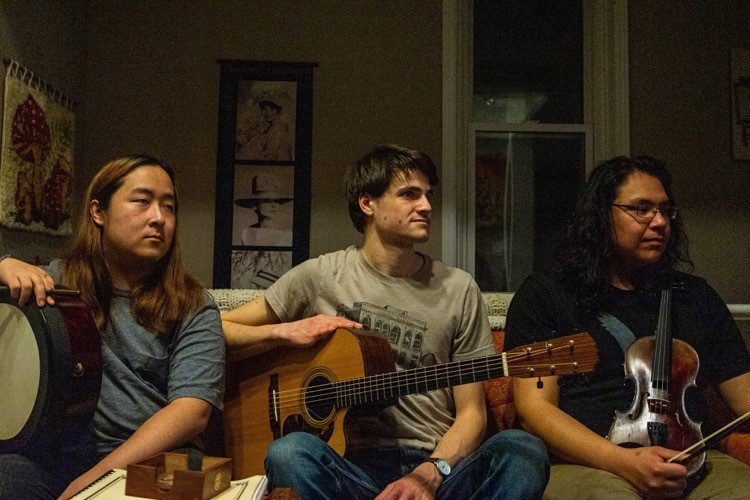 All About the Strings

Celtic fiddle licks and a chamber ensemble! This Rustico show is all about strings with rising trad trio Nomad, and Atlantic String Machine, featuring award-winning singer/songwriter…