Comprised of members Farideh Olsen, Allyson Reigh, and Alexis Normand, Rosie & the Riveters never planned to get political. But opening a newspaper or watching the news these days made it impossible to see the status of women around the world and stay silent. The result is Ms. Behave – a collection of gritty, sultry, folk-pop anthems that paint a portrait of a woman’s voice in a man’s world.

Produced by Joshua Van Tassel (Rose Cousins, Sarah Slean, Great Lake Swimmers), their sophomore album loudly echoes Aretha Franklin’s demand for R-E-S-P-E-C-T. Their first single, “Let ‘em Talk”, lays down a Bill Withers-inspired groove and is a response to how women’s behavior is judged in society. A quick read through other titles like “Gotta Get Paid” and “I Wanna be King” gives an idea of what they have to say.

Ms. Behave was released in April 2018 and remained in the top 10 US folk music charts for 17 weeks. It peaked at #3 on the CBC Radio 2 Top 20, and was featured in publications such as Rolling Stone Country, No Depression, Parade Magazine and PopMatters.

Rosie & the Riveters invests 20% of their merchandise profits into women’s projects and businesses around the world through KIVA.org. They’ve helped women like Alice in Kenya expand her horticulture farm and Maria in Ecuador purchase a sewing machine for her tailoring business. To date, they’ve contributed more than $13k to over 300 projects around the world. 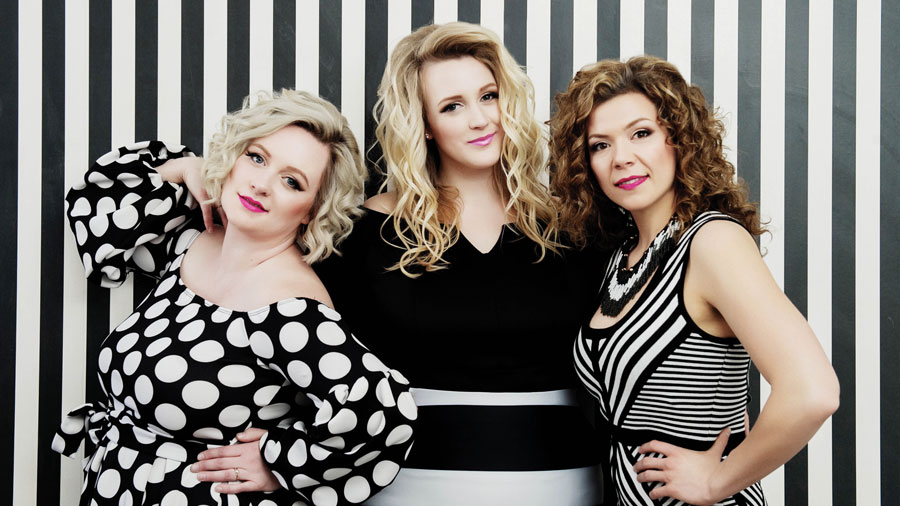