THE LUMBER JILLS
REGIONAL TOURING YOUTH GROUP
Sackville, New Brunswick has a strong ‘Old Time’ fiddle tradition, cemented in part by the legendary fiddler Curtis Hicks. Born in the farming community of nearby Midgic in 1915; he was five years old when his parents took him to a house dance and he heard a fiddle for the first time. He would later attempt unsuccessfully, to make a fiddle out of a shingle and rabbit wire.

Curtis would raise his son Ivan Hicks to carry on the legacy at The Fawcett Dance Hall when he was only 9 years old and Ivan began teaching Stacey Read in the late 1980’s when she was just 4 years old. Today Stacey is founder of The New Brunswick Old Time Fiddle Co.; home of The Lumber Jills, who are based in the fiddling town of Sackville over 100 years later.

With real fiddles (not created from shingles or any rabbit wire to speak of..) Colleen Wade, Julie Smith, Katie Macilvena, Quinn MacAskill and Sara Nelson are proud to carry on the fiddling traditions of Sackville, from barns to stages around the region. Favourites at Levee on the Lake and The Miramichi Scottish Festival, these tradition bearers have committed themselves to preserving the heart of fiddle music from their home and all the traditions that go with it. 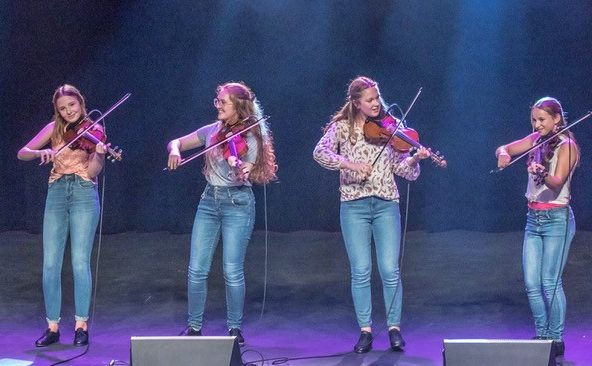