Hardly afraid of the “F Word”, The New Customs are proud to call themselves FOLK! Deeply rooted in the tradition of capturing a story in a song, the Indie-Folk duo take a bold and evocative approach to songwriting. With two strong voices, guitar, mandolin and fiddle in hand, Emma Cloney & Dale Brown use their anthemic heart and Americana backbone to charm audiences with a bombastic electrifying sound.

The perchance meeting that united them in 2016 resulted in a curious blend of Emma’s singer-songwriter style and Dale’s edgier sensibilities. In a seemingly effortless transition the pair forged ahead creating two successful albums together and culminating with what stands to be their boldest project to date. Their latest project, Selling Religion on Government Street, builds on the Winnipeg duo’s knack for telling it like it is, tracing its roots back to their debut album “All Walls Fall” which took its inspiration from the wake of the 2016 US election.

It was, however, the boulevards of Victoria B.C. littered with makeshift tent cities and the shifting gazes of passersby that illuminated the divide between those that have and those that have not. From the street preacher’s corner on Government Street amidst the buskers’ racket and the hum of an electric coastal city, they witnessed the pervasively undeniable “Thoughts and Prayers” attitude so often seen in Canada. The simple refusal to help those directly in front of our eyes, but rather seeking to sell our ideologies to those with money to spend, motivated what would ultimately become the title track of The New Customs’ latest album.

Their single “Chasing Light” offers an introspective reflection of our habitual busyness and living in tomorrow that robs us of today, as interpreted through the lens of Emma’s camera. Affectionately written from a bird’s eye view of the wonders of Canada that the duo has come to know through their extensive touring over the past three years, the endearing and relatable “Hey Little Bird” calls to the wanderer in each of us. The BC wildfires sparked a gritty retrospective that encapsulates the listener and gives a glimpse of facing the smoky mountains with “Helicopters & Bombardiers” overhead snuffing out the near-untamable flames.

The New Customs are revealing themselves as ones to watch as they truly stand apart from the pack all while breathing new life into an old and sometimes under appreciated genre: FOLK!

Received a “FACTOR Artist Development Grant” for this project (2018).

Been featured, interviewed, and positively reviewed by: The Winnipeg Free Press, The Uniter, The Uptown, Canadian Beats, CKUA, the CBC, etc.

In Praise of The New Customs

“Emma and Dale have created a unique sound and are a wonderful addition to the
Canadian folk music community. Their repertoire is full of beauty and they are sweet,
engaging individuals. Highly recommended!” – Cara Luft, The Small Glories

“Storytelling through music at its finest, with an undoubtedly Canadian voice that sounds like home. The music of The New Customs has everything from soulful harmonies, soaring fiddles and guitar like a heartbeat, combining to make a passionate and heartfelt experience almost tangible to the listener.” – The Uniter

“It takes a truly unique sound for a band to stand out in Winnipeg’s prolific folk scene, and true to their name, The New Customs have pulled it off.” – The Winnipeg Free Press 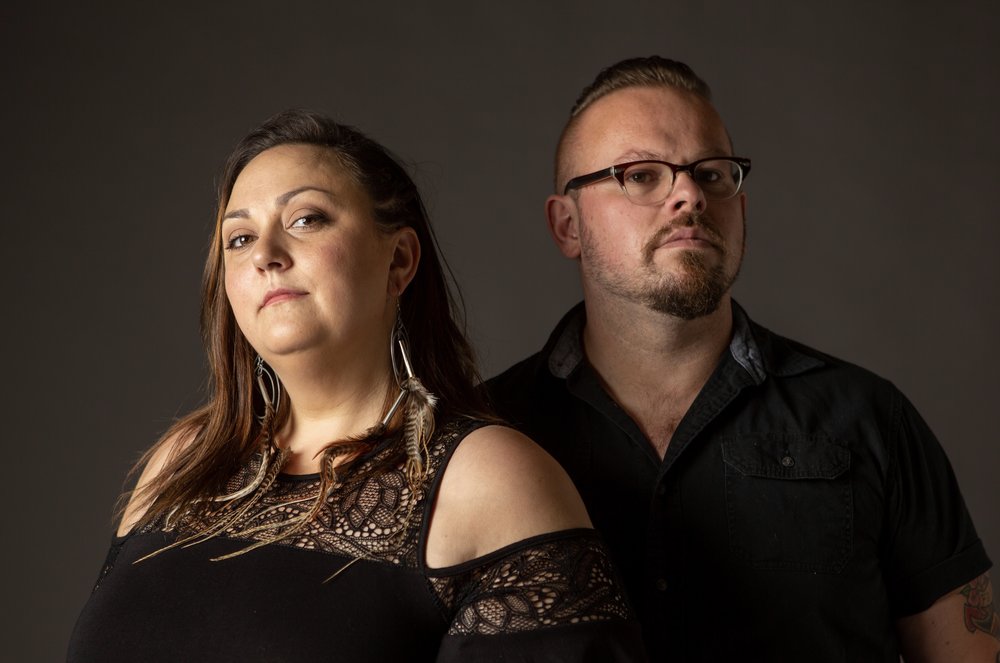