One of the most unique and captivating groups to surface out of Atlantic Canada in recent years, Inn Echo is a Prince Edward Island based band who has been enchanting audiences locally and abroad since their debut in 2018.

Innovative, creatively-crafted, and what Roots Music Canada coins as “a powerful sound,” the soundscape laid down by this four-piece instrumental group is both wildly dynamic and delightfully distinctive – rightfully earning them Emerging Artist of the Year and Entertainer of the Year nominations for the 2020 Music PEI Awards.

Playing festivals such as Ireland’s largest music festival, the All-Ireland Fleadh Cheoil; a slew of renowned festivals throughout Canada such as Quebec’s Festival Mémoire et Racines, the Indian River Festival, and the Rollo Bay Fiddle Festival; and performing as 2021 ECMA showcase artists, Inn Echo is comprised of four musicians who hail from places all over the world – as this in itself is a key reason for their musical diversity in what they bring to life together. Fiddler Karson McKeown is from Ottawa, Ontario; cellist/fiddler Tuli Porcher is from Victoria, B.C.; and guitarist Tom Gammons, from Montana, USA, is a newly-added member for the group, whose “sound fits seamlessly with the band’s vision” describes The East Mag.

Inn Echo’s name was brought forth from two different sources: The ‘Inn’ refers to the inn where Tuli lived (and where the group rehearses), and the ‘Echo’ refers to the band’s vision of echoing different musical traditions from their 3 homelands – as these are all distinct echoes of who each of them are. And when you hear even just one Inn Echo song, it will be easy to derive another reason for their name: their music will keep reverberating in your soul long after you listen. 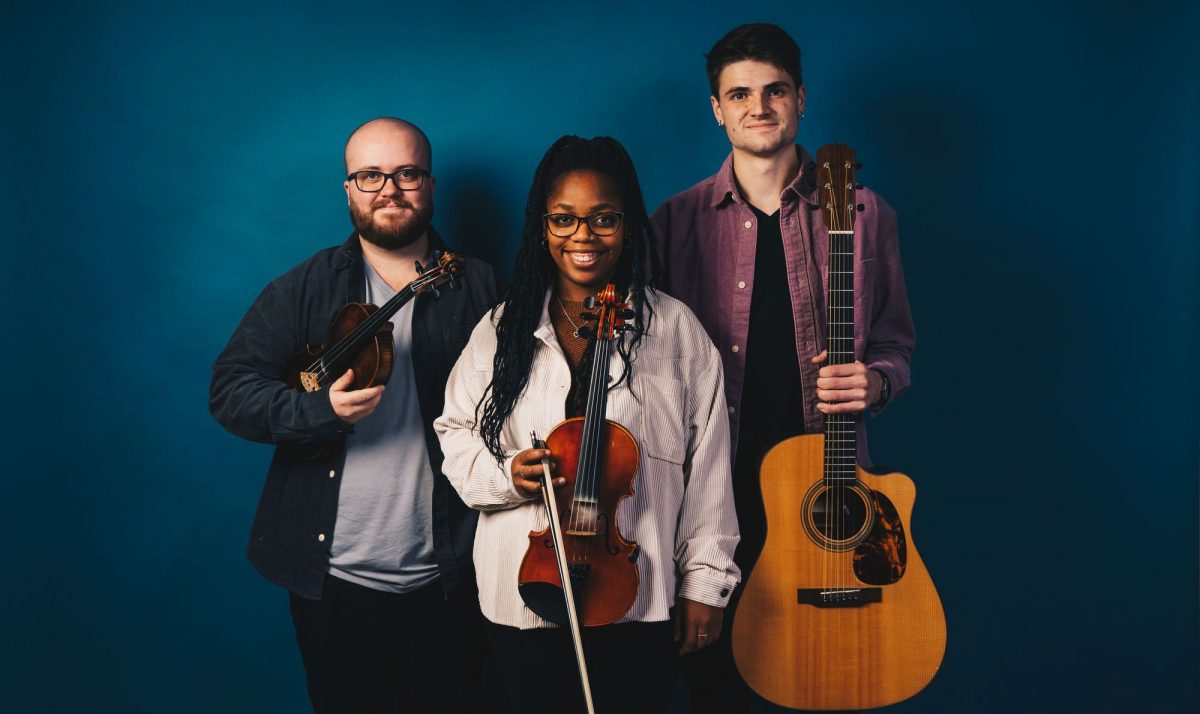 Keep Calm and Swing On!

For one night, Belfast will be home to two riveting ensembles offering up jigs, licks, riffs and reels. PEI’s Inn Echo is an impressive celtic trio…